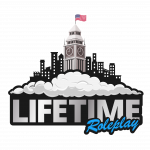 • Player reports must be posted on the forums and not in a staff members DM's. If it is about another staff member then DM an Administrator and they will deal with it appropriately. Staff will need the ID of the person who is suspected of breaking the server guidelines or rules. Staff will also enforce server rules and guidelines without reports.​
• In order for staff to enforce rules without reports, we will need the Players ID, which you can get by pressing U and this will display a number above the players head or by typing /report with a short message of the issue.​
General Rules

• Age requirement for playing on the server is 16+​
• A working and quality microphone is required.​
• We do not tolerate any discrimination.​
• Your character needs to have a somewhat realistic name.​
• Players must follow the Twitch Terms of Service (ToS) at all times. Click HERE to view them.​
Rules
Stay in character at all times [A]

• In the event that there is an issue, ensure that the roleplay scenario is finished and then report the player if needed. Do not break character and inform the player they are breaking a rule.​
​
OOC and LOOC usage [A]

• OOC chat is strictly to be used for stopping roleplay for technical issues and is for things that cannot be handled in a support ticket through discord.​
METAGaming [D]

• Using information or relaying information which your character did not learn in-game (Discord channels and Twitch Chats are included) to change or shape in-game roleplay.​
​
Combat Logging [B]

• Logging out during an active roleplay situation with the intention to avoid roleplay. If you crashed during a scenario then make someone aware on the discord and they will alert the others in-game.​
​
Power Gaming [C] / Fail RP [B]

• The use of /me and /do should be used as much as possible to help aid your scenarios.​
• EXAMPLE: If a medic does /me examines body, you should reply /me has multiple gunshot wounds if you were shot.​
• Finding the quickest way to make money, rather than roleplaying around the mechanic.​
• Talking/Organizing/Calling out locations while downed.​
• Avoiding the use of “Put in vehicle” command. Escorting people while in vehicles with no capacity.​
• Roleplaying that you have unrealistic powers.​
• Tasering or tackling to stun a player then shooting them or beating them while on the ground before they can get back up and do anything.​
Random Deathmatch (RDM) & Vehicle Deathmatch (VDM) [B or C]

• If you are downed and respawn at the hospital, your character forgets the immediate events leading up to being downed. You may not respawn if you've been advised that Police or EMS are on the way to your scene.​
• You must sought medical attention of some sort while you are incapacitated.​
Multiple Characters (From the same player) in one Group or Gang [A]

• This is not allowed. In general, try to avoid creating multiple characters involved in the same story/scenarios and could use the same information to push their goals.​
• You can only have 1 southside gang character, E.g. you cannot be in GSF and Ballers​
No Value of Life (NVL) [B]

• Not realistically fearing for yours or another's life when threatened with weapons or severe harm.​
• Having non-spontaneous shoot outs at PD or hospital is not allowed.​
• Antagonizing gangs/police or armed individuals for no character reason.​
• Players should not be inserting themselves into ongoing situations or shootouts, between two groups or one group and the police.​
Criminal Activities [B]

• Criminal activities are limited to 4 players max at a time​
• Relaying information to or between characters (lookouts, radio communications) counts you part of that scenario.​
• Using a fake hostage for a robbery is not allowed​
• Kidnapping someone who is AFK is not allowed​
• You can not bring back an active situation to your turf where you might find your friends/gang of 8 members waiting there.​
• When a group of 4 engages on a group of 4+, you are knowingly engaging a bigger group and they do NOT have to drop numbers to defend themselves.​
​
Permanent Death Rules

• If your character is downed and you decide it's time for your character's permanent death, all you need to do is roleplay the scenario out with the EMS or Police when they find you.​
• You may use the "/me" command as indicators to the EMS. Example: "/me has no pulse" leading to "/me has succumb to their injuries".​
• Players are NOT allowed to bring back characters after you have role-played out the death of a character.​
​
Client Modifications [D]

• Any sort of modifications to your client that give you an in game advantage are prohibited. EXAMPLE: Crosshairs​
• The only exceptions for client modifications are visual mods for aesthetics or sound mods (sirens/gun sounds).​
​
Emergency Services
Interaction with EMS [A]

• If you are downed you must wait for Police or EMS to arrive. When one of them arrives, both sides should strive to provide the best quality of roleplay for that specific scenario. EMS will act professionally during the situation, it is your job to act out your injuries in the best way possible. Use /me to provide extra information to further the RP. Friends of the person(s) who are being helped should no longer interfere and civilians that are not needed for questioning by the police or were not involved should leave the area.​
​
Interaction with Police [A]

• Police will behave in a professional manner towards the public. It is your goal to provide a base level of respect that you would typically give to a police officer. When being arrested or detained, don't nitpick about what they can and cannot do, call a lawyer if you feel you have wrongfully been detained or arrested.​
• You are allowed to kidnap LEOs given the roleplay makes sense and you give reasonable roleplay.​
• You cannot rob a cop without a valid reason; cops are not loot boxes or your personal armory.​
• EXAMPLE: You shoot a cop down, he has bandages or armor etc. which you need so you take it.​
• You cannot hold up a cop just to take their equipment from them.​
• You are not allowed to kidnap an LEO who is in an active situation you are not involved in.​
​
Local Doctoring [A]

• You are NOT to local doctor during an active situation.​
Other
Basic Respect

• Although this is not a "rule" per se - more of a recommendation. If you are an individual that thinks it's acceptable to trample over other people for your own enjoyment just know that that won't happen here. None of our staff get paid, and thus are not held to any "professionalism trading standards". As long as they follow the same rules and guidelines as you, they are free to say what they wish. If you come in with an attitude or say something stupid; don't complain if a staff member bites back! Treat others how you wish to be treated​
Storm

Please note these rules and guidelines are subject to change. It is your responsibility to stay up to date.